I had a flashing opportune moment this week. These types of moments come up every now and then. You know, those moments that if you don’t take advantage of quickly you might just lose altogether. I suppose they happen more often then we think or notice. But this one was quite clear to me.

I was just sitting down to lunch at our pastors conference this week. A couple guys I know, but who wouldn’t have a clue who I was, sat down too. Scott Forbes was one of them. In the past he has served with Kids Alive. I couldn’t quite remember where life had taken him recently so I asked. He told those of us at the table that he had joined IJM or International Justice Mission.

He went on to tell a few gripping stories about their work of investigating and working with authorities to rid the world of sex trafficking and other forms of abusive slavery. He also told of his daughter who works with their organization in India. As he talked about her, it became clear to me that she has some guts, some passion, some resolve and determination. She pursued course work that led her on this path of seeking social and criminal justice.

This is where the moment came. A question popped into my mind: “What can parents do to raise kids that make these kinds of decisions when they are adults?” I could sense his great pleasure in talking about his daughter even though she’s living in India doing very difficult and dangerous work. She’s doing the kind of work that God is pleased with. So I asked this question because it comes from a deep desire to see my own kids grow up to make adventurous choices as well as to see families who raise kids who do the same.

I’m a dad of two little ones with a third on the way in October. I look at them and see a world of potential before them. I’m in awe of the sense of responsibility I have to raise kids who are world changers. Does it just happen on its own? No way. Are there habits, practices, character traits, etc. that I can instill in them? Absolutely. So this is my pursuit: to train up my own kids and to help others who are interested in training their own kids to God-honouring maturity that leads to decisions that send ripples of God’s love and justice throughout the world. So I must ask myself this question often: “What must I do to bring about the kind of character in kids that leads them to make ripple-effect decisions for Jesus?”

There are probably many answers to this question. The many answers, I believe come from one common motivation: God’s glory. But from that goal flow many ideas. Scott shared a few that I will keep in mind as I lead my family.

The first idea he discussed was common comforts. Specifically the comforts we have in abundance in North America. These comforts can steal us away from making dangerous, yet right, choices. As parents, we must be diligent in warning our kids of the real danger of putting our hope in food, games, videos, clothes or money to satisfy us. Those flighty satisfactions are nothing compared to the joy of knowing the skills you’ve learned from infancy are now helping to put thugs and oppressors behind bars and freeing innocent victims from oppression. Don’t let this thought make you wish for a better job if yours is not so dramatic. For wherever we are, we can have a ripple effect. However, we must always be dreaming of having greater and greater impact for God’s glory. Relying on earthly comforts won’t get you or your kids what you really want.

Another idea he mentioned was having a mind for missions. This is obviously coming from his background in missions. Your child may not go to another country, but he can serve others. She can pray. As a family, you can learn about persecution around the world. You could adopt a missionary and pray, give money and write letters. Here are some good starts for you:

His last idea had to do with constantly pushing your children to the next level. He suggested a couple of examples. The first example was for an older child who has gone through a CIT (counsellor-in-training) program. Rather than repeat that, move them on to being full-fledged leaders. Another example was regarding mission trips. The first one his child went on they went together for a month with him. The next year they went for two months by themselves. For an example on training younger children, consider my article called, “Why You Can’t.” Never let your child be satisfied with where they’re currently at.

So I’m grateful I popped the question and avoided missing that opportunity. I pray his affect on me will in turn ripple through you and the next generation. 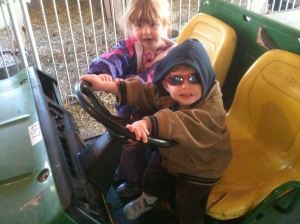 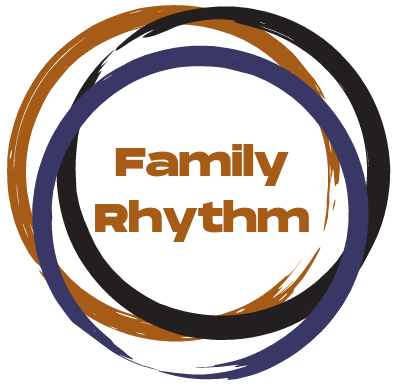